The Pros and Cons of Pressurisation

Once it has been roasted, our coffee is immediately transferred to the tin that will contain it for the rest of its life. Tin and coffee are placed inside a bell which is several centimetres thick, from which all the air is removed, creating a strong vacuum, and replaced with inert gas. The cycle lasts less than a minute, then the tin is sealed. In this way we protect our coffee against oxygen (which oxidises it) and against humidity (which opens the coffee pores, causing the dispersion of its aromas, and this is why we don’t use water). A freshly-roast coffee packaged in this way contains all the aromas developed during the roasting procedure: this is the pro for the consumer. The aromas adhere to the fat in coffee (14%) and are then released into your cup. I call this phenomenon “the aroma turbo”, because coffee made like this contains at least 500% more aromatic volatile substances than a vacuum-packed coffee.

The “con” for the producers lies in the fact that this powerful increase in aroma affects all the aromas, including those that aren’t so pleasant, which develop if a coffee is defective, such as in the case of a “stinker” bean which has been bitten by a fly. This is why we have to select our coffee bean by bean. I have my father to thank for inventing bean by bean selection which saved my grandfather’s invention of pressurisation! 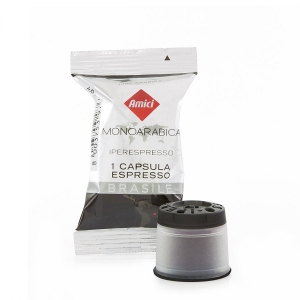